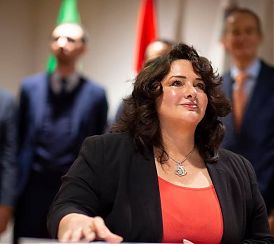 Helena Dalli is the first woman nominated by the Maltese Government for such role. Since 2013, as a Minister in the Labour Government, she introduced various laws including rights for gay people with the introduction of the civil union. In 2017, Malta became the 24th country in the world to legalise same-sex marriage and Malta is also among just five countries that give LGBT people equal constitutional rights.

Helena Dalli said she is eager to start working for equality in all sectors, once her nomination is approved.

The Maltese Prime Minister Joseph Muscat declared that the European Commissioner President elect made the perfect choice to implement the ambitious vision for equality. Muscat said that Malta’s positive track record and Dalli’s resolve in this sector are both testament to this. In an official statement, the Maltese Government said added that this portfolio is proof of the positive change implemented in Malta in recent years and as it is described by respected international institutions – is considered as a ray of hope.